The interactive piece as titled is an homage to Hieronymus Bosch's famous piece however the Gardens of Earthly Delights is not a singular concept. It is a place in the dark recesses of man's mind, a place outside of reality where the laws of our universe do not apply and the things we meet inside are both terrifying and beautiful. In this exhibit we see a lovely young gardener, tending to her lollipop willow trees, candied flowers, and jellybean kisses. Her name is Evea, she has always been there and will forever more. Evea appears as harmless as the sweet world she resides in, but like all dreams the nightmare is always at the edge waiting to creep in. Her world is a beautiful one, and one she would see enjoyed. She loves the children who visit her, they who excitedly stick out their tongues for the sugary bubbles as they do for the snowflakes of their realm. She plays with the children in the syrupy fountain of youth, preserving their innocent existence in such a transient place. But she is jealous of her treasures. At the heart of the Sickeningly Sweet Garden lies a mausoleum, from whose dark insides an otherworldly glow escapes. The tomb is illuminated by seemingly harmless yellow lanterns and a spiral of beams of various colors. Beside which is a single swing, never absent of at least two of the gluttonous children among the many who visit her garden. She would see them eternally happy feasting to their hearts desires, in a place she and some of them will never leave.

(Many thanks to Evan Barr for his photo documentation) 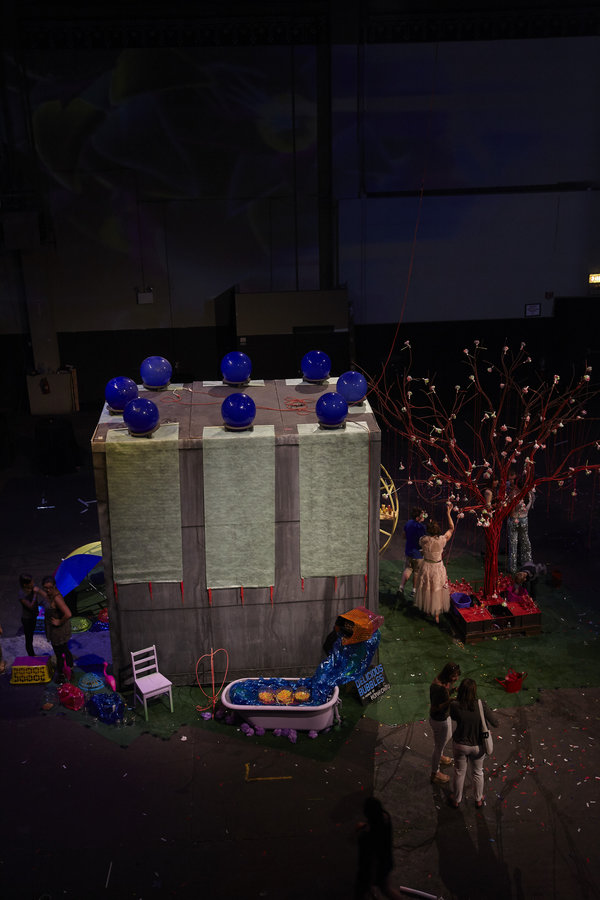 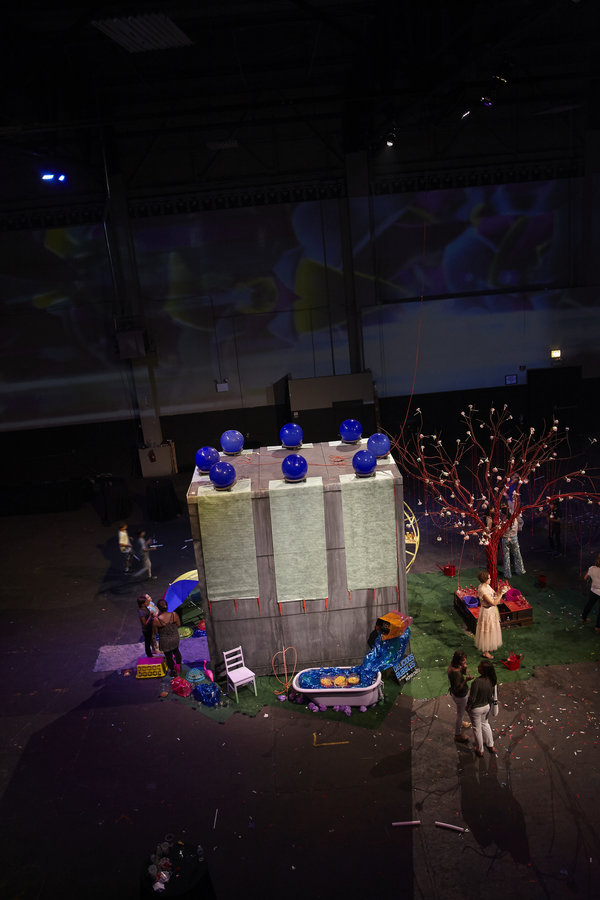 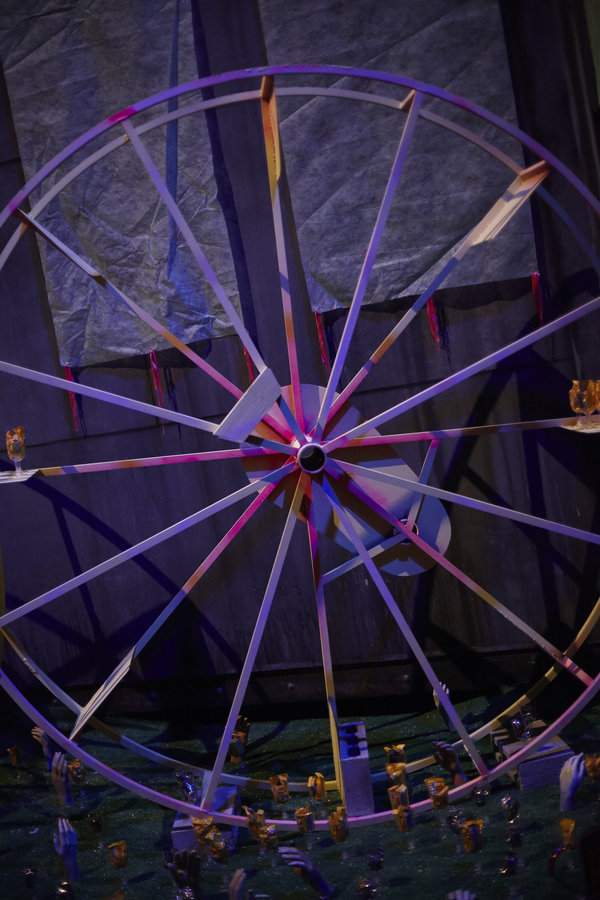 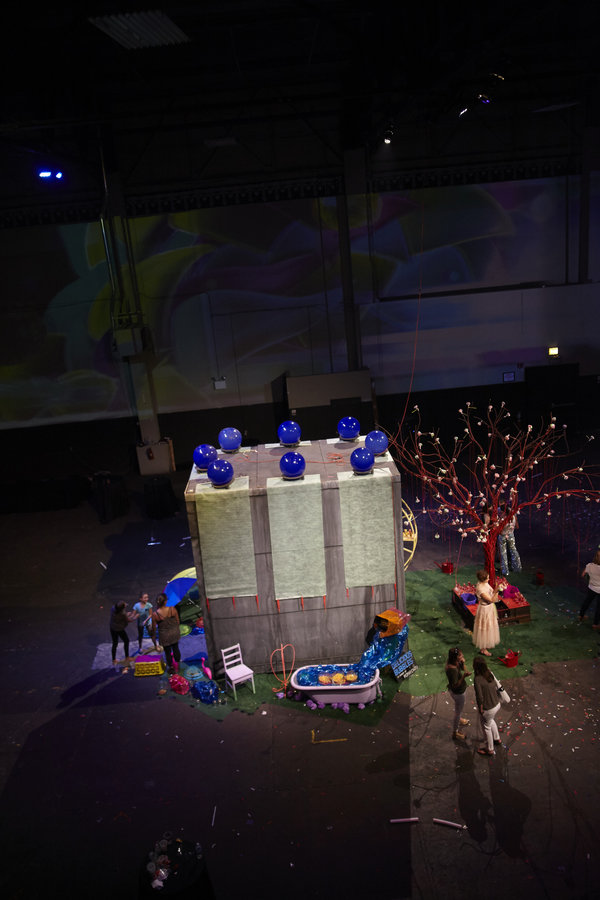 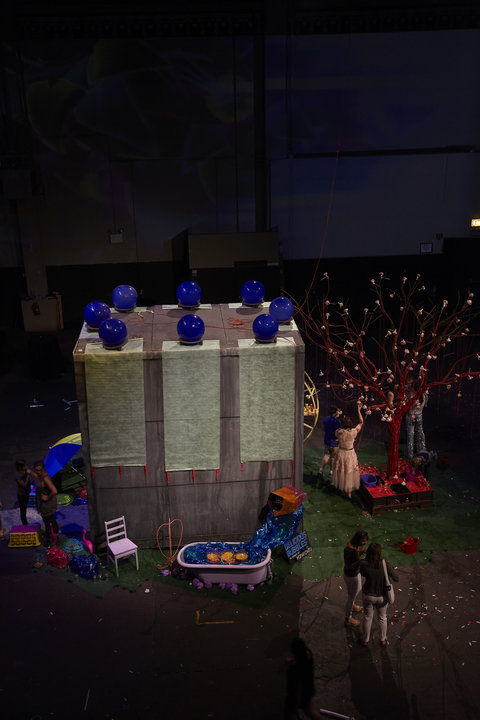 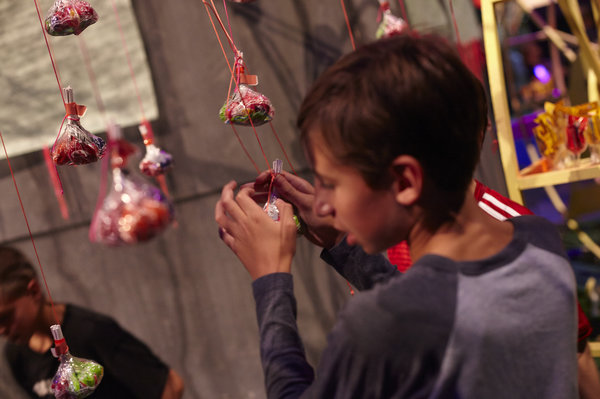 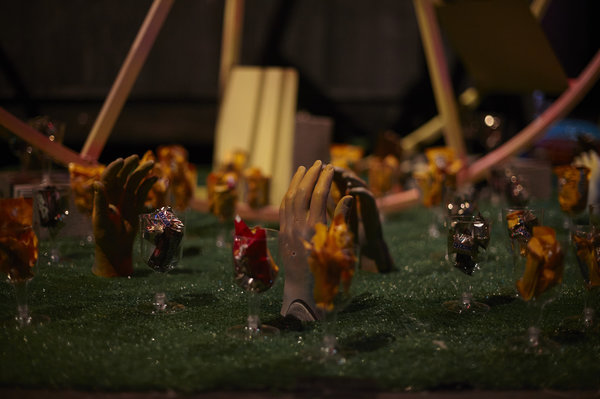 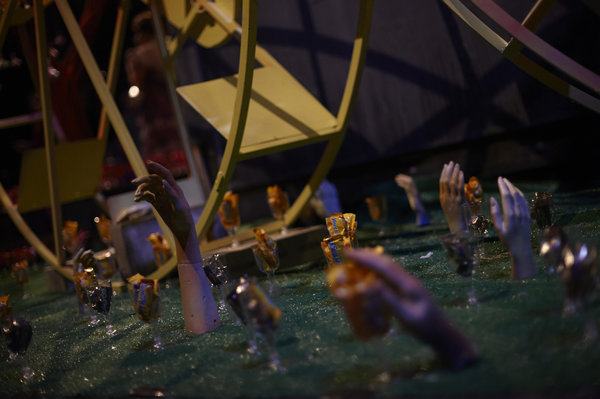 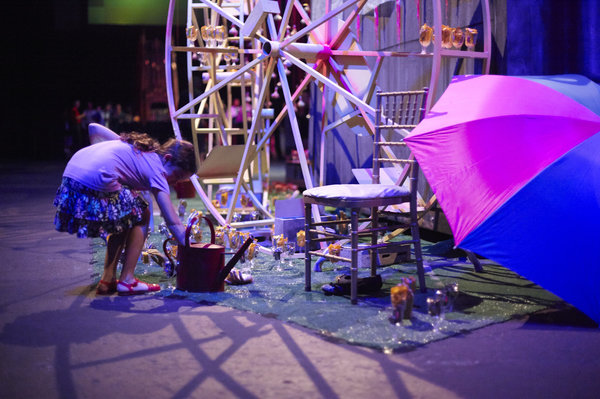 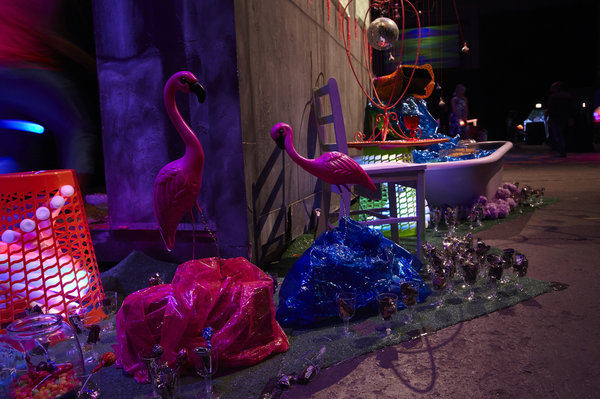 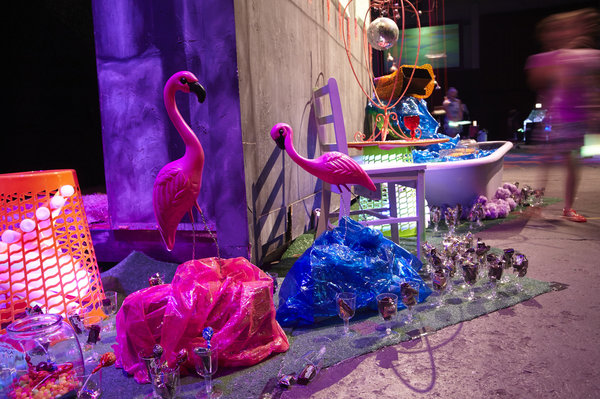 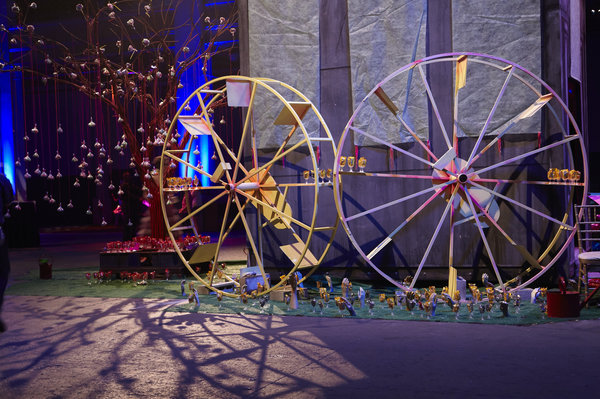 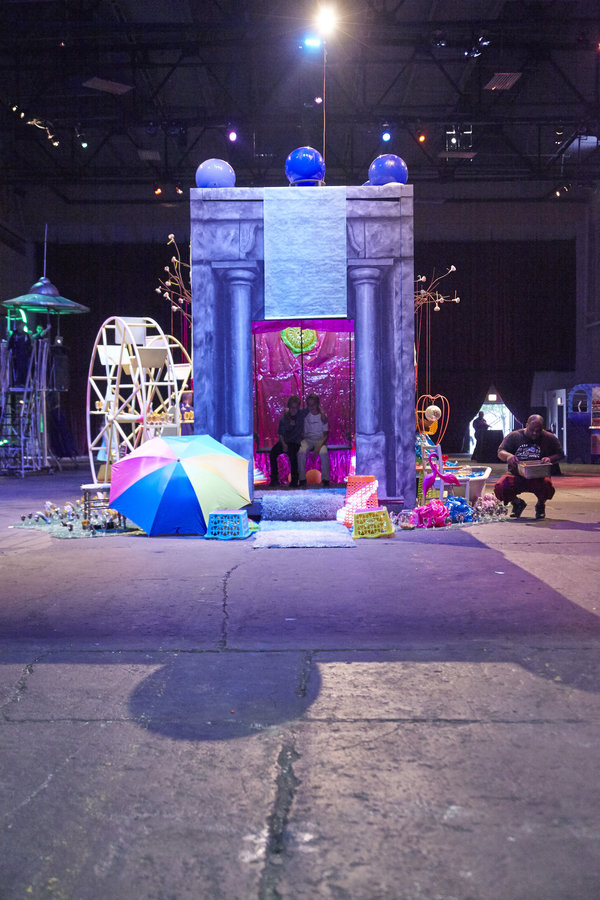 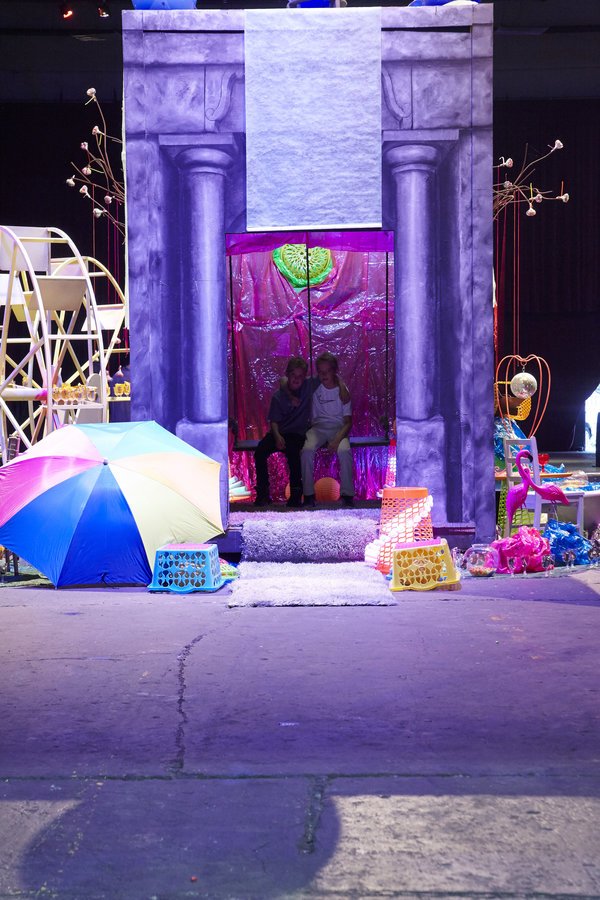 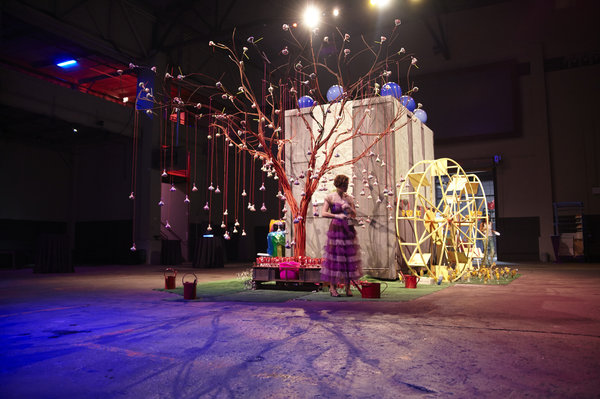 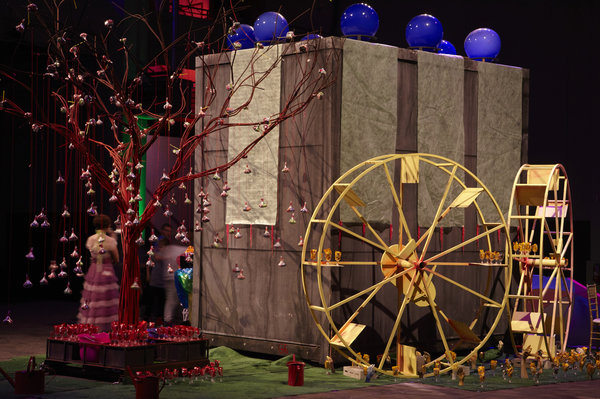 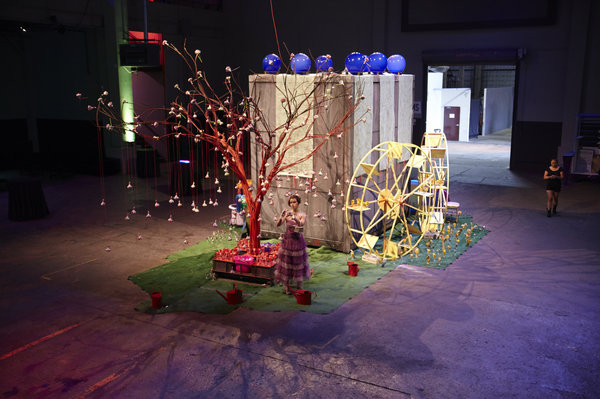 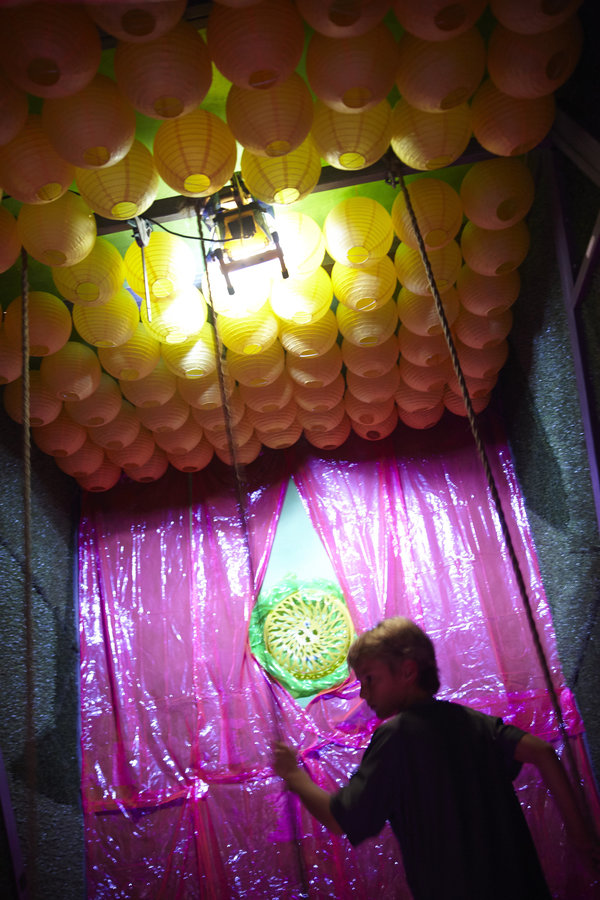 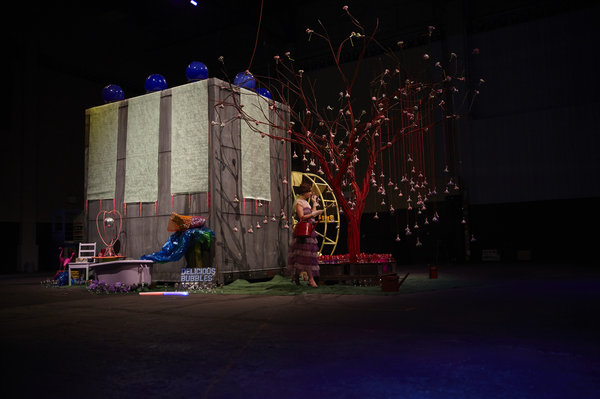